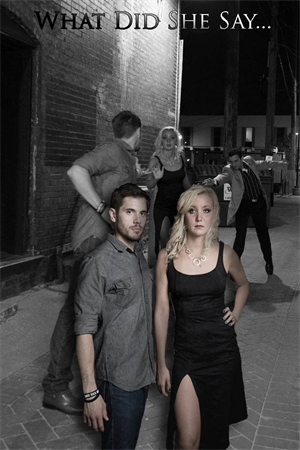 What Did She Say

A Serbian immigrant and UN interpreter's lives collide when he inadvertently rescues her from a human trafficking ring.

A desperate young woman flees a prearranged marriage in Croatia. to unknowingly become a stripper in a nightclub and the property of an Eastern European mobster. During her debut she flees with a drunken UN interpreter and his friends who were there for his bachelor party. Found together the next morning by his fiance, and with no recollection of the events from the night before, the interpreter reluctantly agrees to assist the young woman. Learning her circumstances, he finds himself being blackmailed by the man who wants her back and coerced by the DEA to help take down the mob that brought her here. Can he untangle the situation in time?